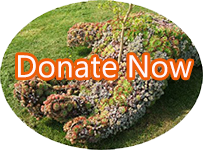 The founder correspondents of the Trust Mr. S. Arumugam

The founder correspondents of the Trust Mr. S. Arumugam, Flying Officer (Retd), He is the winner of President’s Award Twice of his excellent service to the nation and he has got citation as “AN ASSET TO THE NATION” now, he is doing yeomen service to the society.

During the year 2015, because of ageing the Founder of Chairman of Trust Mrs. Indira Arumugam and the Founder Trustee of Mr.S.Arumugam had to retire.

The responsibility is further handed over by an amendment to the Trust deed dated 11.09.2015 Registered document no. 353/2015 trustee and secretary of the Trust Mr.A.Radhakrishnan was assigned by full responsibility and to new Trustee were inducted by name of Ms. G.Anitha and Mr.G.Ganeshkumar

The founder chairman of the trust is – Mrs. Indra Arumugam

The founder chairman of the trust is Mrs. Indra Arumugam, a Philanthropist; she has been awarded by Tamil Nadu Nalvazhinilayam, the award and Seerkarunai Mamani for her benevolent service to the society, she is also helping the poor and needy through the trust.

The secretary of the trust is Kalvi Peroli – Mr. A. RadhaKrishnan, M.Com, BEd, M.Phil

The secretary of the trust is Kalvi Peroli Mr. A. RadhaKrishnan, M.Com, BEd, M.Phil; He is the champion of the poor and the needy. He carries out the orders of the chairman and the correspondent of the trust; he also contributes with his novel ideas to the welfare of the poor and the needy. Moreover he believes that Government alone cannot solve all the issues of the people but also Non – Governmental organizations should extend their support to Government and society, Mr. Radha Krishnan, is doing his best to lend a hand to the society. For an example, he gives employment opportunities to many visually challenged individuals. Having worked in many reputed companies and Padma Shashdhri Bala Bhavan Senior Scondary School he has innate managerial Skills which helped indra Arumugam Charity Trust excels in its all ventures.

He was born in 29.08.1964 from early age he very active and goal setter by nature in his college days he had interacted our former Prime Minister Honorable Sri Chandrasekhar.